MAKEOVER MEDICINE’S HAGGAI KAPACH IS REALLY THE MASTERFUL JACK OF ALL TRADES!

The answer is YES, he does give great cuts and as a colorist, even better!  Those are the typical questions people ask when asking about a hairstylist, but he is far from just a hairstylist as I have found.  I will get into what motivates this sort of shy talented man, but first I will give a bit of useful information regarding finding him.  He is the owner/operator of European Hair Professionals located in the plaza at 7600 W Camino Real in Boca Raton, Florida.  It is a full service salon and they do anything from nails, reflexology to customized wigs.  It is a large beautiful salon and I will warn you, it is difficult to get an appointment with the main man, but having said that he has some excellent stylists working with him as well.

He is a key member of our makeover team and I feel lucky to have found him, thank you TRANSMEDIA for the introduction.  I was just starting to embark on my new venture – makeover medicine which involves giving back to those who need a little push, a little love, a little guidance and or all of the above, in order to get where they want to be in life.  Let’s face it, FIRST IMPRESSIONS, are everything at certain times in your life.  I felt and feel that I have a good knowledge base for this type of thing, but I needed a team who felt the same.  So, we met and the rest is history, well sort of, we are a history in the making and the ideas keep getting better and better. We are now preparing a series on makeovers and everything in between and I think you will find it humorous and interesting and maybe something else, who knows?  The verdict is out!

So getting back to the mega- talented Mr. Kapach who by the way, is not very forthcoming when it comes to talking about himself so I developed a little questionnaire and I learned quite an impressive bit of information and got a real flavor for his very clever and funny ways.

I asked what he would do if he wasn’t doing hair, he replied by stating that he would be taking over Hugh Heffner’s house.  Fair enough!  When asked what the biggest mistake people make when it comes to hair – he says without hesitation and smirks, cutting their own bangs!  GUILTY!

What is interesting is that Haggai was part of the Israeli Defense Force before coming to the U.S. Once here he did security for a lot of celebrities and he was always around hair and makeup.  Believe me, when I tell you, he knows makeup and how to use it!  He is also an osteopath specialist and practices alternative medicine.  Hey, where else can you get your hair done and some reflexology while you wait for that color to take!  When I say he is multitalented that is probably an understatement.

The best thing I can say about Haggai, my partner in crime, is that he truly is a giving person and he cares deeply about people and he wants people to learn from these makeovers.  It is so much fun to watch the end result, or the REVEAL, as we so fondly call it.  I am grateful that he is a part of the project that I began, it is as much his and the other team members as it is mine.  They are all so great and giving and the work that they do is simply put, “AMAZING!” 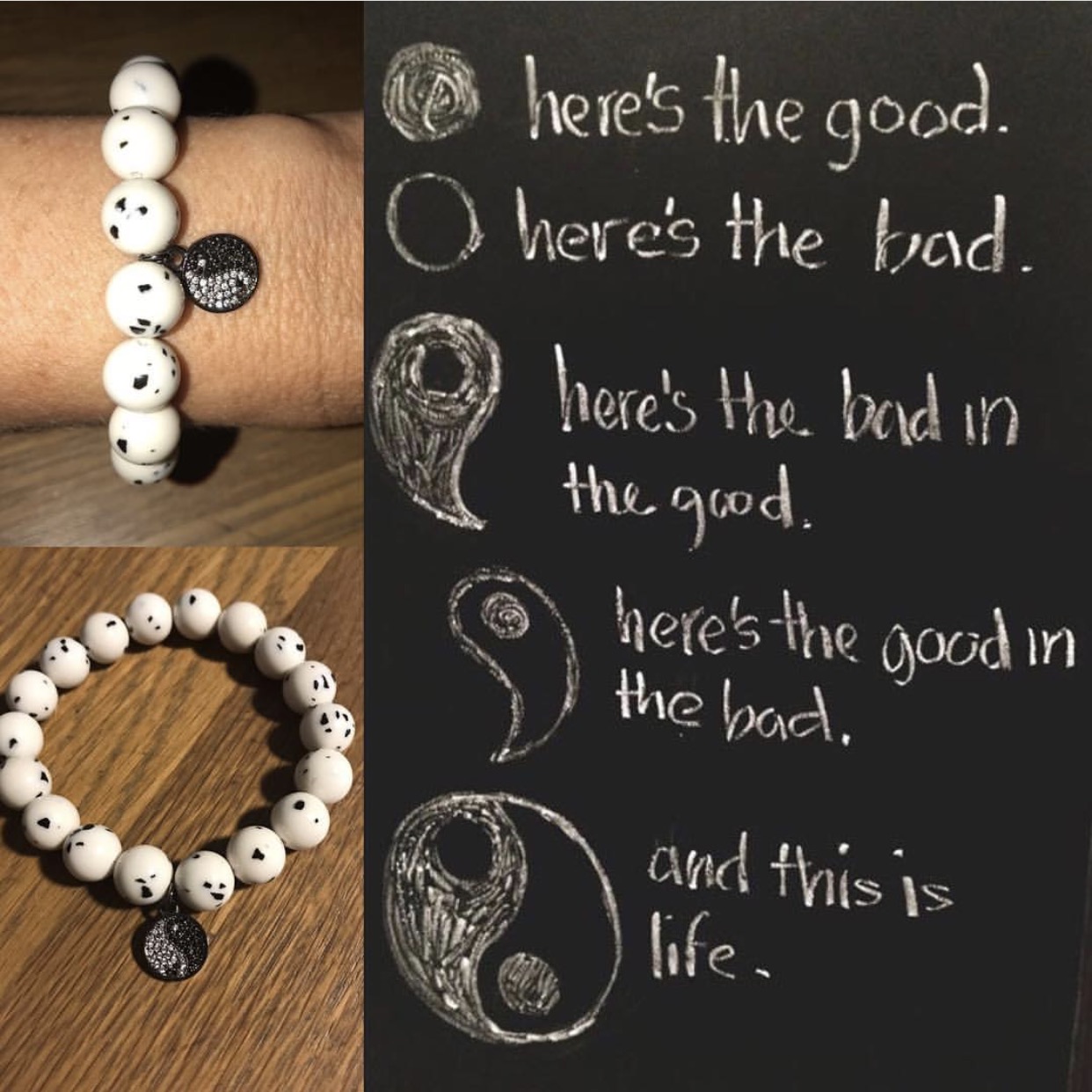 After a visit to a local crystal shop I was so intrigued by not only the look, feel and vibe to the different types of gemstones but the actual meanings behind each one of them. When I started to learn more about them and their unique properties, I literally became obsessed. As a hobby, I decided to start creating beYOUtiful vibes which ultimately ended up being my saving grace. It was my very own form of meditation that I needed so badly after long stressful hours at my corporate job.

The thing I love the most is when people are drawn to a piece only to learn the meaning behind it relates to something that they are seeking or need at that given time. So I like to say let the “gemstone pick you”.

Very special bonds have been created with beYOUtiful vibes, you could call it magic or simply synchronicity. They are the perfect accessory for a positive and beYOUtiful existence!

beYOUtiful vibes offers an array of unique, one of a kind pieces hand-made with love and light.

There are several unique options to customize your beYOUtiful vibe.

Recycle old or broken jewelry… whether it’d be a meaningful pendant, something that broke or simply something you would like to “update” so you can enjoy more.

Visit www.instagram.com/beyoutifulvibes to view additional creations **please note you DO NOT need an Instagram account to view pics.

beYOUtiful vibes are available by contacting Jenn at 561-302-7622 (text/phone) or via email at beyoutifulvibes@gmail.com.